Thrilled to welcome Bill Staines back to the Monadnock Region.

"Bill Staines has been my hero since 1977. He carries on where Woody left off-carrying on the tradition of stories and characters you wish you knew."
- Nanci Griffith

"Any new song that can live comfortably beside the well-worn songs of folk tradition has a good chance of surviving the test of time. Such, we believe, are the songs of Bill Staines"
-- Charles "Sandy" Paton, Folk Legacy Records

Anyone not familiar with the music of Bill Staines is in for a special treat.

For more than forty years, Bill has traveled back and forth across North America, singing his songs and delighting audiences at festivals, folksong societies, colleges, concerts, clubs, and coffeehouses. A New England native, Bill became involved with the BostonCambridge folk scene in the early 1960's and for a time, emceed the Sunday Hootenanny at the legendary Club 47 in Cambridge. Bill quickly became a popular performer in the Boston area. From the time in 1971 when a reviewer from the Boston Phoenix stated that he was "simply Boston's best performer", Bill has continually appeared on folk music radio listener polls as one of the top all time favorite folk artists. Now, well into his fifth decade as a folk performer, he has gained an international reputation as a gifted songwriter and performer.

Singing mostly his own songs, he has become one of the most popular and durable singers on the folk music scene today, performing nearly 200 concerts a year and driving over 65,000 miles annually. He weaves a blend of gentle wit and humor into his performances and one reviewer wrote, "He has a sense of timing to match the best standup comic."

Bill's music is a slice of Americana, reflecting with the same ease his feelings about the prairie people of the Midwest or the adventurers of the Yukon, the on-the-road truckers, or the everyday workers that make up this land.

Many of Bill's songs have appeared in grade school music books, church hymnals, and scouting campfire songbooks; he is one of only a few songwriters to have eight songs published in the classic song collection, Rise up Singing. Composer David Amram recently described Bill as "a modern day Stephen Foster…his songs will be around 100 years from now."

Over the decades, you have heard Bill singing on Garrison Keillor's A Prairie Home Companion, HBO's award winning series Deadwood, and Public Radio's Mountain Stage. Additionally, his music has been used in a number of films including Off and Running, with Cyndi Lauper, and The Return of the Secaucus Seven, John Sayles' debut as a writer- director.

In 1975, Bill won National Yodeling Championship in Kerrville Texas. Another important recognition was given to him in 2007. Presented by the Boston Area Coffeehouse Association, The Jerry Christen Award recognized Bill's contribution to New England folk music

For much more about Bill Staines: https://www.acousticmusic.com/staines/index.htm 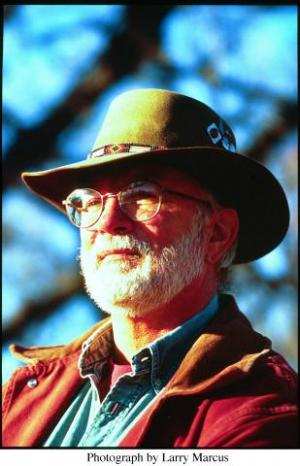 Tickets often sell out in advance. We are not printing tickets at this time. No need to print receipt. We will have a list at the door. Email our treasurer, Bill, with questions about a purchase.

Purchase tickets by downloading the ticket purchase form and mailing in the form and a check.

Or, purchase tickets online, below.