John Gorka closed the well known and forever remembered loved coffee house, The Folkway back on January 1st, 1996. It seemed appropriate he would close our 20th anniversary year but with a much more joyous hope and celebration of continued local music for years to come in Peterborough, NH.

In addition to his 11 critically acclaimed albums, John released a collector’s edition box featuring a hi-definition DVD and companion CD called The Gypsy Life. Windham Hill also released a collection of John’s greatest hits from the label called Pure John Gorka. In 2010, he also released an album with his friends and Red House label-mates Lucy Kaplansky and Eliza Gilkyson under the name Red Horse. Getting high praise from critics and fans alike, it landed on the Billboard Folk Charts and was one of the most played albums on folk radio.
Bio continued........  http://johngorka.com/

Antje Duvekot was given an offer to tour in the UK during this date so will not be opening for Gorka. Antje Duvekot will be at Deb's House Concerts June 17, 2017. 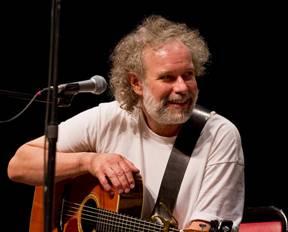