Ask and you shall receive. Such is the case with Dala. Our music friends have been requesting Dala back. Mark your calendar. “Dala can sing! What beautiful flights of melody and harmony, reminiscent of the Everly Brothers, the Louvin Brothers, Emmylou Harris and associates; though Dala can trade a melody line and leave one wondering who is taking the lead and simply leave one behind when the harmonies kick in.”

The sheer joy with which they perform is infectious, turning first-time listeners into instant fans. Dala are equally entertaining between songs, telling funny and down to earth stories that make every show unique. Dala have opened for artists such as Tom Cochrane, Stuart McLean of the CBC’s Vinyl Café, Richie Havens and Arlo Guthrie. No strangers to the festival scene, they have also performed at The New Orleans Jazz Festival, The Edmonton Folk Festival, California’s Strawberry Festival and Mariposa. In 2009, they were the only Canadian act invited to play at the 50th Anniversary of the Newport Folk Festival.

The live album was nominated for a 2011 Juno Award in the category “Roots and Traditional Album of the Year: Group”.

Dala’s latest album “Best Day” was released in June of 2012. It was nominated for three Canadian Folk Music Awards: English Songwriter of the Year, Vocal Group of the Year and Producer of the Year” 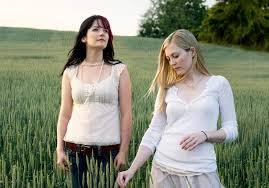