Garnet Rogers is a local fan favorite since back in The Folkway days. Many of us can still remember the powerful rendition of “The Mary Ellen Carter” he sang with his brother, Stan Rogers. The room shook with the strength of their voices. Together they formed what has come to be accepted as one of the most influential acts in North American folk music.

Since then, Garnet Rogers has established himself as ‘One of the major talents of our time”. Hailed by the Boston Globe as a “charismatic performer and singer”, Garnet is a man with a powerful physical presence – close to six and a half feet tall – with a voice to match. With his “smooth, dark baritone” (Washington Post) his incredible range, and thoughtful, dramatic phrasing, Garnet is widely considered by fans and critics alike to be one of the finest singers anywhere.

His music, like the man himself, is literate, passionate, highly sensitive, and deeply purposeful. An optimist at heart, Garnet sings extraordinary songs about people who are not obvious heroes and of the small victories of the everyday.

His 2014 release,” Summer’s End” includes a tribute to Bill Morrissey and a song written by his brother, Stan.

As memorable as his songs, his over-the-top humor and lightning-quick wit moves his audience from tears to laughter and back again.

Have you seen Boston-based singer-songwriter Catie Curtis perform before? If so, perhaps you are one of her 10,000 FaceBook friends. If not, come see why she has so many fans, and why the New Yorker has called her a “folk-rock goddess”.

Catie has played the White House, Carnegie Hall, a couple of Inaugural balls with Lilith Fair – and oh yes, she’s also played in Peterborough, NH - to an enthusiastic audience at a previous PFMS concert. We are delighted to have her back!

Catie is a veteran on the singer/songwriter folk scene, crisscrossing the US for 20 years –performing shows, recording and releasing 13 CDs - with devoted fans following her every move. She's toured with Dar Williams, Mary Chapin Carpenter and as part of Lilith Fair.
When this Maine-native is not writing, recording, touring or producing concerts, Catie also officiates and performs at fans’ weddings. (See catiecurtis.com for more info.) In addition, she teaches at song schools around the country, leads high school songwriting workshops, speaks on diversity, and runs a songwriter retreat in Maine every summer. Singer-songwriter Catie Curtis is one of those rare talents: someone who can spin compelling, interesting and engaging music out of domestic happiness...Highly recommended. 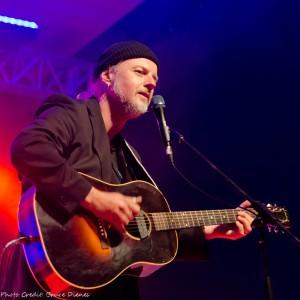 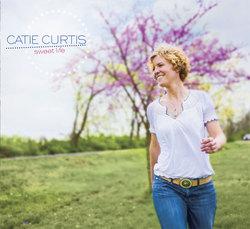