“There are few contemporary songwriters that come anywhere close to the talent of John Gorka. His songs have a way of working on you long after you thought you had it all figured out. I will listen to a song that I know all the words to and can sing along with and then one day sitting at a traffic light I realize that there was a whole other layer of meaning that I had missed.”

No stranger to fans of Peterborough Folk Music, John is a talented singer-songwriter who has graced our stages many times, from the earliest days of the Folkway to the present day. To quote one critic, Gorka brings us “wry, slice-of-life observations reminiscent of Lyle Lovett and John Prine.” (Associated Press). We are excited to have him back on the stage at Bass Hall, where we will no doubt hear a soul-stirring mix of old favorites and new work from TRUE IN TIME.

The result of three days of “musical commotion” with a group of regular collaborators assembled by Genadek, the songs on TRUE IN TIME span a lyrical spectrum from the spirit lives of dogs, to the people of the Taos Pueblo, to the idea that all songs manifest in time.

John says, “I wrote the title track ‘True In Time’ with Pete Kennedy. When Carrie Fisher and her Mom, Debbie Reynolds died within a day of each other I quoted lines from Paul Simon’s ‘Mother & Child Reunion’ song on Facebook—‘Oh I would not give you false hope on this strange and mournful day. But a mother and child reunion is only a motion away.’  Pete responded, ‘Maybe all songs come true in time.’ Later he wrote, ‘True in time sounds like a song’ and we proceeded to write the song long distance via the internet.”

Another special element are two lost songs, “Blues with A Rising Sun” and “Red Eye & Roses” both recovered by fan recordings that John felt found a place with his more recent compositions.

The album was recorded “old school” with the musicians all playing together in one place, making up their own parts in the moment or in reaction to the demos he and Genendek had circulated prior to recording. The result is a lively, immediate listening experience certain to find a treasured spot in the collection of long-time fans.

Gorka’s newest/oldest recording BEFORE BEGINNING won an Indie Acoustic Award as best singer-songwriter record of 2016. What a nice thing to be recognized so long after its conception and recording back in 1985!

“… With a tangle of songs that emotionally connect us all and leave a tender trace, John Gorka stimulates the cerebrum, keeps our smiles agile and fit and reconnects us with what 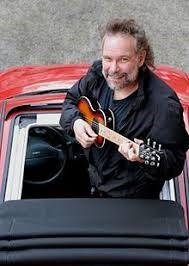