Seth Glier’s new album Birds is steeped in conflict and contradictions. There’s grief and loss, but also strength and resilience; doubt and dismay, but also a sense of optimism as Glier confronts heavy topics and wrestles them into the daylight.

Seth Glier was born in Shelburne Falls, MA.[1] and subsequently studied at Pioneer Valley Performing Arts Charter School PVPA in South Hadley, Massachusetts. He attended Berklee College of Music for a year before dropping out to be able to tour full-time. Since then, he has averaged over 200 shows a year,[2] and shared stages with artists such as James Taylor, Mark Knopfler, The Verve Pipe, Edwin McCain and Ani DiFranco.[3] He has appeared as a mainstage artist at the Falcon Ridge Folk Festival (NY) and the Kerrville Folk Festival (TX).[4] USA Today compared Seth to Bruce Springsteen and Billy Joel.[5]

In 2015, he released If I Could Change One Thing, his fourth album on MPress Records. The album was considered a successful move into mainstream pop, a departure from his previous, more acoustic albums.[6] A music video for the title track, a duet with American Idol alum Crystal Bowersox, premiered on Billboard.com.[7]

In 2016, Glier gave a TEDx talk sharing his insight on the challenges and gifts of care giving for a family member, and how it influences his life, art and music.[8]

Glier is an outspoken advocate for autism awareness and has been a national spokesperson for the Autism awareness organization Autism Speaks. His song “Love Is A Language” was inspired by his nonverbal autistic brother.[13]

A powerful message, with a voice to match.

“By wrapping honest emotions around her socially conscious messages and dynamically delivering them with a warm heart and a strong voice, she lifted our spirits just when we need it most in these troubled times.”

A prolific lyricist and composer, Matthews has found inspiration in her surroundings; from driving through the Blue Ridge Mountains to the compelling and heart-breaking love story of Richard and Mildred Loving. Thoughtful, realistic and emotional, Matthews’ songs speak to the voice of our generation and remind us why music indeed soothes the soul. 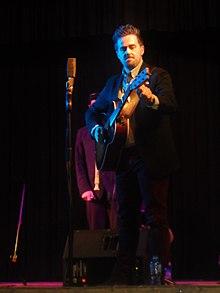 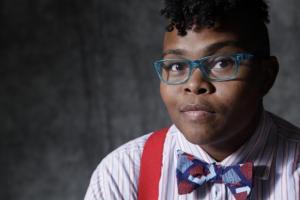