“Her not-so-secret weapon is that voice"”
– BOSTON GLOBE

“Her music is riveting, her voice adventurous, her lyrics thought-provoking…”
– NO DEPRESSION

HEATHER MALONEY: The Massachusetts-based “writer song-singer” found music in the midst of three years at a meditation center, honing a sound moored in days of silent reflection and reverence for storytellers like Joni, Rilke, Ken Burns, and the anonymous authors of Zen parables. And while she eventually traded the quiet, structured life as a yogi for the kinetic life a touring musician, the core of her songwriting remains centered around same curiosity about our inner world and the desire to articulate it through storytelling. She now has eight studio album releases under her belt, each one marked by inspiring collaborations with musicians, songwriters and producers.

On Heather’s 2019 album, Soil In The Sky, her “ability to channel emotion is radical” (PopMatters) and the tracks are stacked with special guests who help her deliver an immense range of sound and sentiment in 12 songs; there’s a duet with Dawes front-man Taylor Goldsmith on the Walt Whitman-inspired love song “We Were Together”, an appearance by Rachael Price on the album’s opening track “Enigma”, and Jay Ungar lends his legendary folk fiddle to “Oklahoma Lullaby”, a song inspired by Ken Burns’ documentary The Dustbowl. (Ungar composed ﻿Ashokan Farewell in Burns’ The Civil War). The all-star band includes drummer Griffin Goldsmith (Dawes), and multiple members of the Amos Lee band.

The Bluegrass Situation called her 2015 release, Making Me Break (produced by Band of Horses’ Bill Reynolds) “an intoxicating blend that captures the sonic texture of indie rock, the humanity of folk and the spirituality of a Rumi poem.”

In 2014 she released “Woodstock”, her collaborative effort with Boston quartet Darlingside, which drew praise from the New York Times and Graham Nash.

Heather’s songs have played on NPR stations across the country and her live appearances have aired on syndicated programming like eTown and AudioTree. Her song “Nightstand Drawer” was used in the season finale of the CBS TV series "Elementary", and her songs have also been featured on a number of editorial Spotify playlists & Starbucks’ in-store nationwide playlists.

As well as a songwriter and performer, Heather is an illustrator and linocut artist who carves and prints visual representations of her songs on a variety of mediums. She considers the integration music and art to be an inspiring new chapter as a creative, and while most of her growing catalog is reserved for her Patreon community, she periodically releases limited-edition prints to accompany albums and singles.

HIGH TEA: High Tea, the indie-folk duo hailing from Boston MA, has been touring with Heather Maloney. Guitarist/vocalist/songwriter Isabella DeHerdt and vocalist/ percussionist Isaac Eliot, High Tea is a concoction of sweepingly soulful harmonies, guitar riffs to knock your socks off, and a refreshing blend of old blues and new pop. 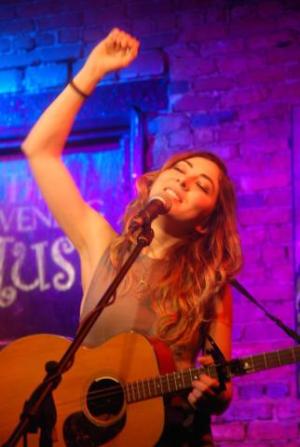 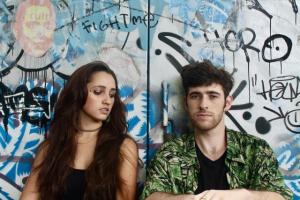