Slaid Cleaves played at Deb’s House Concerts May, 2016 and a long wait list was created. Slaid is returning but in a larger venue in hopes of being able to those who missed out in 2016. Reserve early for all of Deb’s House Concerts. They sell out way in advance of the concert.

“I’m glad I found Slaid Cleaves, because my life would have been poorer without him. You’ll feel the same, I think, when you listen to this beautifully crafted album. Listen, go to one of Slaid’s shows, take a friend, and pass on the news: Not all the good guys wear hats.”
—Stephen King

At seven lines and a tight 19 words, the definitive Slaid Cleaves bio — written with humble but poetic economy by the artist himself — neatly sums up everything you really need to know about the man:
Slaid Cleaves. Grew up in Maine. Lives in Texas. Writes songs. Makes Records. Travels around. Tries to be good.

"A Sharply observant songwriter with a deep appreciation for the ageless fundamentals of folk, country and rock....one of the country's most compelling roots artists." - Peter Margasak, Chicago Reader

Slaid Cleaves spins stories with a novelist’s eye and a poet’s heart. Twenty years into his career, the celebrated songwriter’s Still Fighting the War spotlights an artist in peak form. Cleaves’ seamless new collection delivers vivid snapshots as wildly cinematic as they are carefully chiseled. Dress William Faulkner with faded jeans and a worn six-string for a good idea. “Slaid’s a craftsman,” says Terri Hendrix, who sings harmony on “Texas Love Song.” “He goes about his songs like a woodworker.”

Accordingly, Cleaves’ earthy narratives stand oak strong. “Men go off to war for a hundred reasons/But they all come home with the same demons,” he sings on the album’s title track. “Some you can keep at bay for a while/Some will pin you to the floor/You’ve been home for a couple of years now, buddy/But you’re still fighting the war.” Few writers frame bruised souls as clearly. Fewer still deliver a punch with such striking immediacy.

“I started ‘Still Fighting the War’ four years ago and originally each verse was a separate character,” Cleaves explains. “Each verse was about getting swindled. One was about the economy, one was about a returning veteran, one was about a broken-up couple. It was too cumbersome, so I focused in on the soldier. The key that made it all work came as I was talking to my friend and occasional co-writer, Ron Coy. A troubled Vietnam vet buddy of his had recently passed away. Ron said, ‘All this time, it was like he was still fighting the war.’ I knew instantly that was the perfect way to summarize the song.”

Cleaves delivers equal measures of hope and resignation throughout this 2013 release as life lessons slide subtly through side doors. “Normally when I start writing a new batch, a theme starts to emerge after three or four songs,” says Cleaves, who built an unlikely success story from scratch after moving to Austin, Texas, from Maine two decades ago. “This time around I thought, I’m just gonna write where the muse takes me and each song will be its own thing. So I ended up with a CD that has a bit more variety on it compared to my previous releases. Half the songs are about struggle and perseverance and half are all over the place, some tongue-in-cheek stuff, a gospel song, a Texas pride song.” 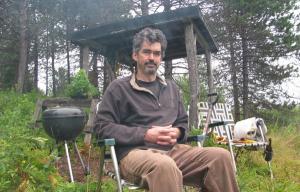